Project represents itself the interaction between architecture of different ages.

The project “Riverside Residence” with an inner courtyard garden and parking includes 11 high-class apartments and a single-family private house. The area of the apartments is from 80 to 140 sq. m, the area of the family house is 180 sq. m.

Currently, after the completion of the construction, the project consists of an ensemble of buildings:

2) A 3-storey building (repeating architecture of the 19th century) - 4 apartments;

3) A 2-storey detached single-family house in the courtyard (the modern architecture of the 21st century).

The Housing on the street corner of Tīklu street and Ogļu street is not an officially protected cultural monument but it has not been prevented to restored it with care, respect, and empathy that would do honor to the Renaissance of any architectural masterpiece.

After the reconstruction, not every site or building obtains recognition and reputation, it must be earned, challenged.

We see it in front of us as if an average picture with average, just restored nice buildings. It may be a small evidence that they might be significant but yet it is true. The first excellence is the restored masonry building, built by the great architect, brilliant, and tragic personality Mārtiņš Ņukša who for 2 years was the chief architect of Sevastopol, worked as an assistant to the chief architect of Marseilles, was an envoy in many European countries.

In our eyes, this so to speak simple building gets a slightly different value if we learn that it is the only masonry building in the Art Nouveau style in Ķīpsala! In addition, with an authentically restored main facade!

The second tinge of uniqueness is all about more than 100 years old postcard with a small wooden building on the corner of Tīklu street and Ogļu street. If you take this postcard into your hands and look at the same place today, you will clearly understand - this moment of history on a postcard is not gone, it's still here, because it is retained.

The unique advertising inscriptions are the third brilliant rarity dating back to the time before World War I.  They are, as far as it is known, the only original, renovated street advertising objects painted on the wood which are on display in Riga.

We do not say that these buildings have been completely restored and that they represent as if the Old Times Museum of Riga. We say that in these buildings there are many restored parts and lots of light, modern quality, comfort. Lots of the true Ķīpsala!   This is a continuation of history, not a revolutionary break. 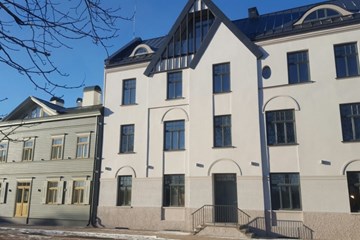 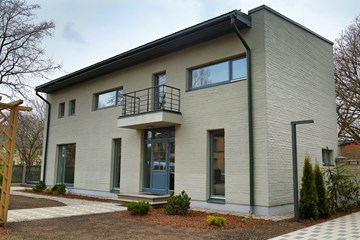 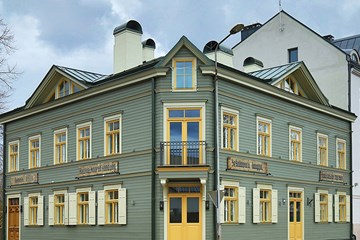 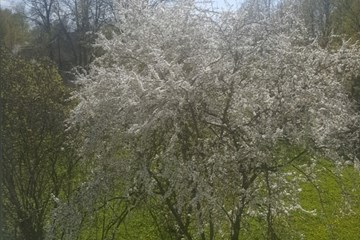 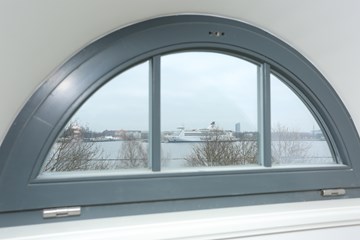 New project which is located in a cozy and green part of Ķipsala on the bank  of the river Daugava. Ķipsala is situated in the middle of the river, opposite the Old town, the port, and the Presidential Palace. But it is simultaneously the quietest and pacifying place in the very center of Riga. The Cable Bridge -one of the main transport arteries of the city - passes over Ķīpsala.  The island itself has a well-developed infrastructure: the international school, a kindergarten, Technical University, a swimming pool, tennis courts, a marina for 200 yachts, equipped beach, office centers, restaurants, and many other benefits.

The project represents the game architectures of different centuries, combining styles and excellent interlacing of opposites. The project was carried out with the highest degree of performance in construction and interior design (Category A+). A high-class design project has also been developed. Particular attention was paid to the finishing materials, interior, and exterior details.

Or write an e-mail: [email protected]